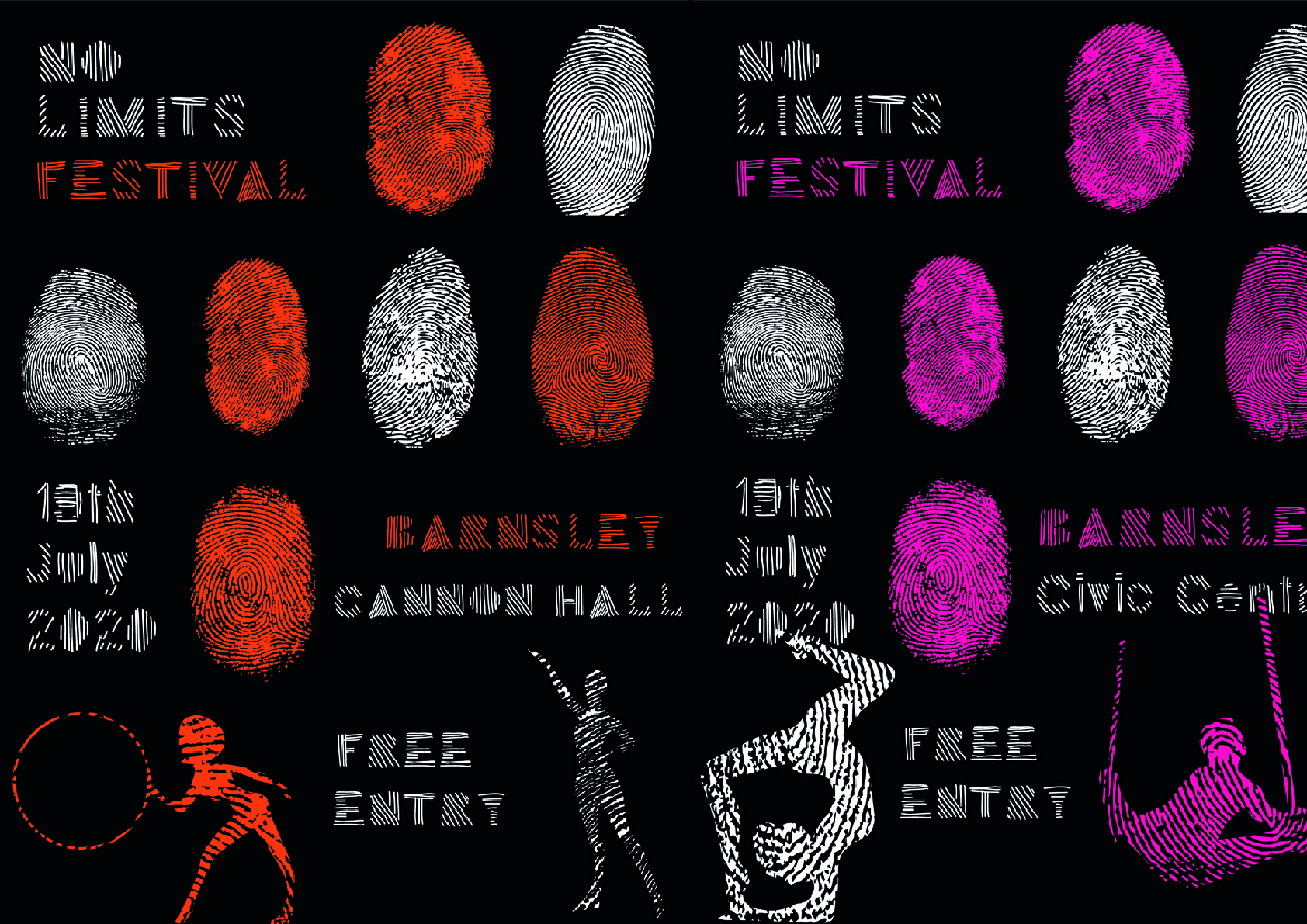 Who am I? Glitch campaign / Beehive Beauty / Elements

Who am I? Glitch campaign

Who am I? are a non-profit charity organisation that I created for my Final Major Project. The purpose of this project was to highlight the issues surrounding the lack of an established self-identity in young people and adults. It particularly focuses on the negative impact that the excessive use of social media has on identity.

The organisations purpose is to help young adults aged between 13-30 discover themselves and what makes them unique. The organisation acts as the base for the campaign: Glitch. Social media impacts heavily on who people become as they grow up. The outcomes for this project included a series of 4 photographs taken of individuals chosen based on gender, age and personalities. Two contrasting photographs were taken in accordance to my idea: straight-faced and smiling. This represented how an individual can portray a fake personality on and off social media. The images glitch between each other symbolising how social media rips personalities apart due to the need to be popular, hence why people are easily manipulated into lying and enhancing the truth. This was followed up by an example website prototype created in Adobe XD for the Who am I? organisation. As well as an official Instagram page set up for the campaign @who.am.i_mentalhealth

Freelance design oppurtunity to design a logo and business card for my Body Shop representative Sophie. Design was inspired by the honeycomb that bees create to store their larvae, honey and pollen. The colours represent the colourfulness of Bodyshops products.

This was a rebrand for the Japanese incense company, Morning Star. My idea was to centre it around the four elements: Earth, Water, Air and Fire. I chose animals that symbolised these elements. 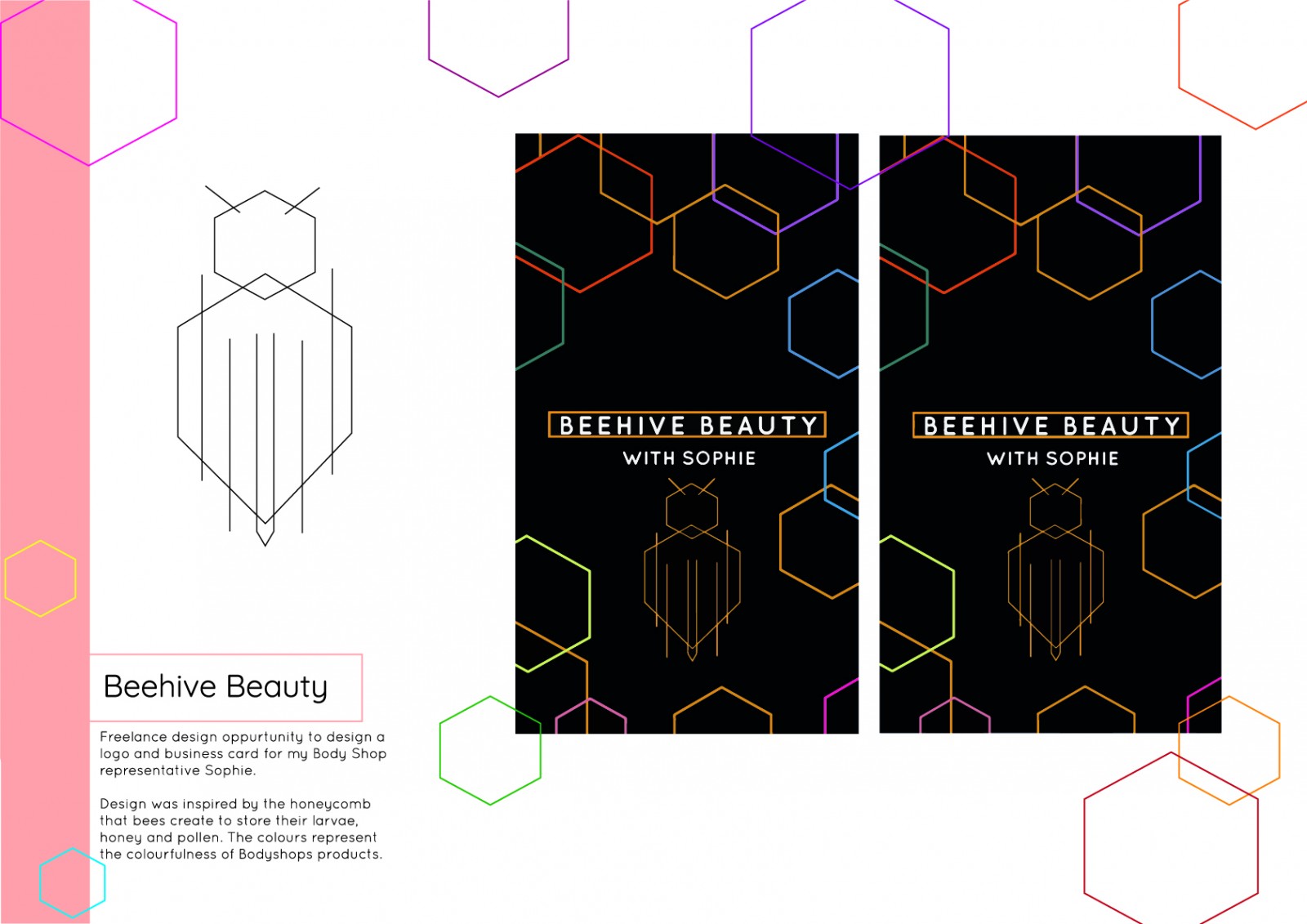 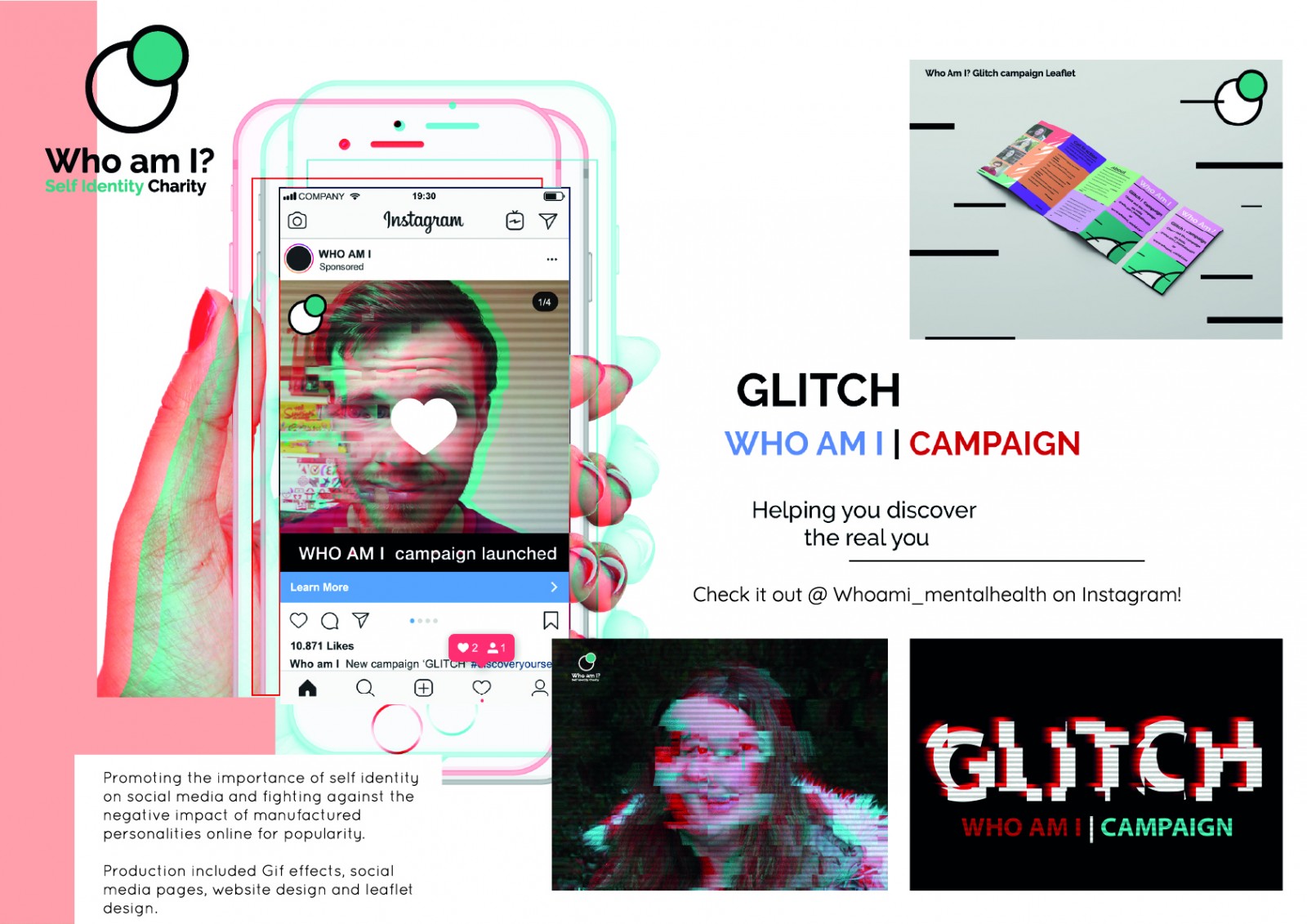 Image 4/5
Who am I? Glitch campaign 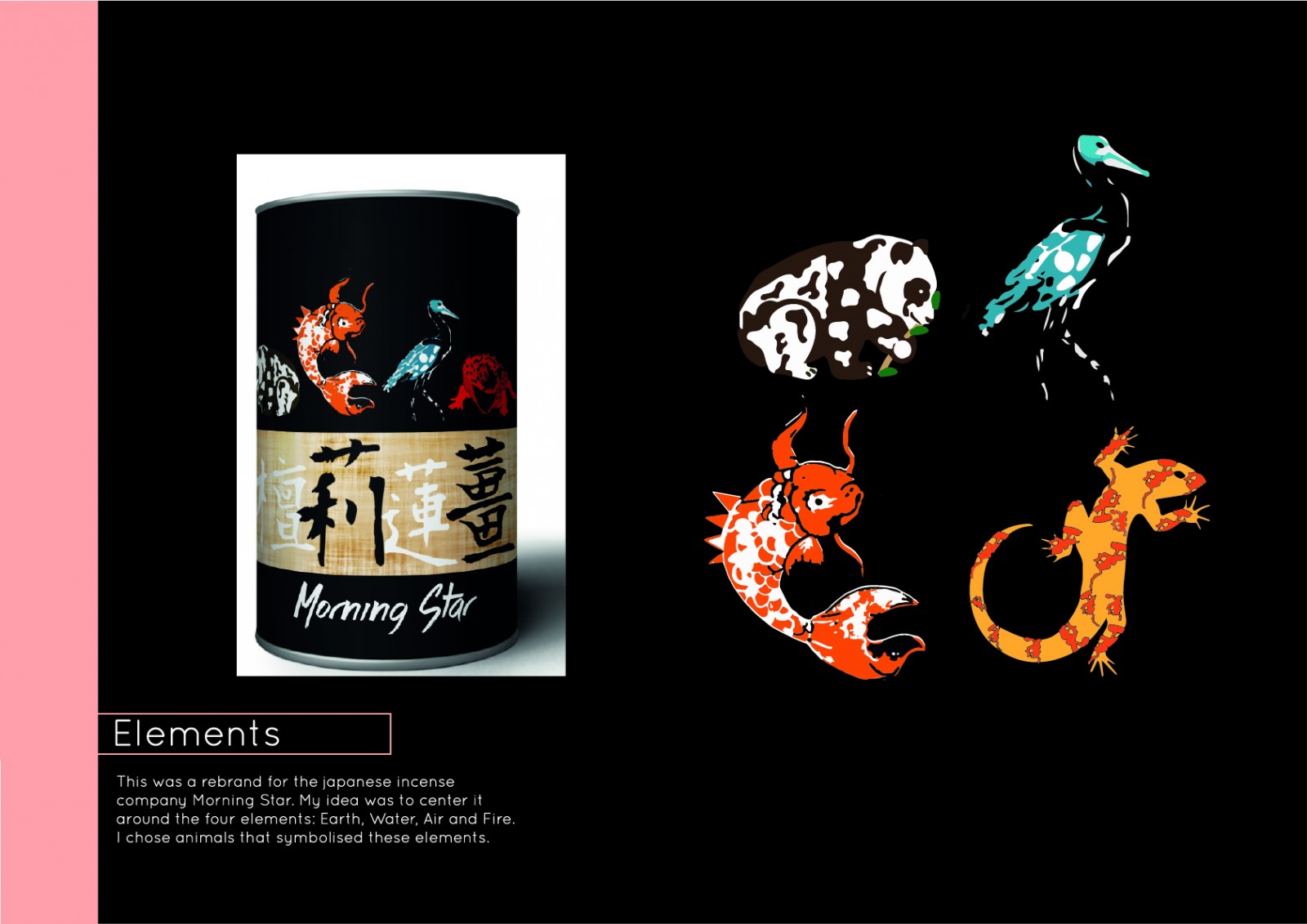